Having finally accepted the Dreamcast’s fate and being a major anti-PS2, Dreamcast fanboy (cut me some slack, I was 18 and lived in my parents’ basement), I became enamoured with Microsoft’s first foray into console gaming: The Xbox. I bought one on day one, fervently posted on all of the major forums, racked up hundreds of hours in local multiplayer Halo…

Then, to my happy surprise, I was to be part of the Xbox Live beta test. I was a bit of an online PC gamer at the time (Tribes 2 ftw) and had played quite a few hours of online console games on the Dreamcast.

Fast forward 12 years, and here we are.

I have been re-organizing my office since a number of people have given me boxes of their old videogame collections. In one of my chests, I found my Xbox Live beta tester box, which I received from Microsoft in September of 2002. Here are some snaps!

By 2004 I had moved almost exclusively to the PC. I bought an Xbox 360 but sold it to a friend shortly thereafter, unimpressed. I was also very disappointed that they gave away my Xbox Live GamerTag, which was supposed to be ours for life.

If you haven’t heard of it yet, you obviously don’t have a Twitter account. All of the videos I’ve seen thus far are pre-recorded, but if this thing works as good as they make it look, we are all in for a treat.
I have a few questions, which I’m sure you all do as well. Mine are

Combine this with a projection-cube-room like this one, a treadmill floor so you can actually walk, and you’ve got yourself a holodeck, son.

This would be great to have in the living room. Check out the Portuguese forums where I found it for more information. 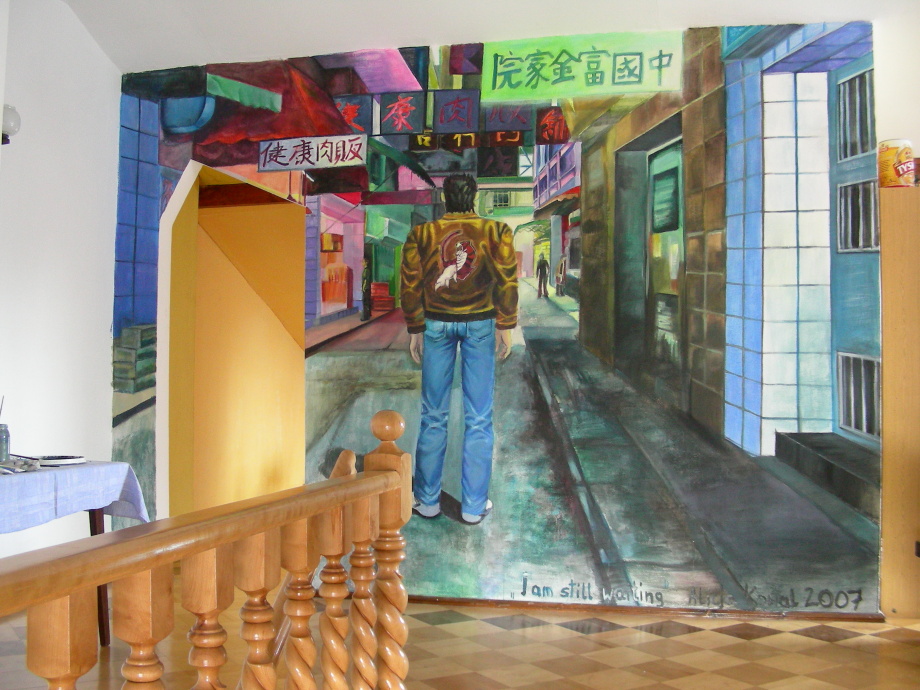 There are several important things that I feel are absolutely required when creating a fun videogame. Fun means so many things to so many people, but for the purpose of this article fun will be defined as a high level of enjoyment obtained by the player as a result of playing the game.

A lot of people look for things like graphics when playing a game. Some people could care less. For some it’s the music, for others, the story. I believe there are several factors that contribute to the fun level of a game and that the fun level is controlled both by how important those factors are to the player and how much of that factor is available in the game itself.

Let’s walk through the eight factors I believe contribute to a fun game. These factors are just that — factors. Think of them as a health bar. Depending on the game, the bar may be full for certain factors or completely empty for others. Rest assured, however, that having a full bar in each of these eight points will increase the liklihood your game will be fun.

Let’s walk through each of them in detail.

You may notice that on this list I have omitted “graphical quality” and instead written Graphical Relativity. This is because over time I have noticed that the games that are the most fun to the most people are the ones that have graphics that match the game’s premise perfectly rather than overall graphic quality. This is blasphemy to the people with the latest and greatest PC or console hardware, but I believe it to be the truth.

Try to think of other games that are fun that fit this as well. Games like Crazy Taxi or Street Fighter 2. Can you think of any games where this isn’t the case? If so, are you sure that it was the graphical quality that made the game fun?

The controls for The Sims were intuitive and worked flawlessly. The controls for The Sims 2 were horrendous. That’s not the fault of the game itself, though, or its designers. The reason The Sims 2’s controls were poor was the move to 3D is in itself very difficult for game developers. How does one control a 3D camera without an extensive control scheme? Without some new form of hardware, doing this intuitively with a mouse may be impossible.

This factor is not one that many people think of when describing a videogame. Sure there are examples you’re probably thinking of right now. Zelda, Mario, Final Fantasy… But, isn’t that the point? Why are all of the best and most fun games the ones with the best music?

Something to chew on.

The ability to play against other players (when done correctly) will (depending on gametype) immediately increase the fun level of your game. Some games even require it. Consider the following example: Super Mario Kart for the SNES. Super Mario Kart without the ability to play against friends would be a completely different (and ultimtely boring) game.

Most gametypes benefit from multiplayer capability, but for others it is almost better to be without it. For example, Morrowind as a multiplayer game would not be Morrowind. For better or for worse, the Morrowind we know and love would not exist in multiplayer. Considering that it’s my favorite game, that would suck and I wouldn’t change a thing. I would be open to a completely separate multiplayer Elder Scrolls game, however.)

The story and characters used in the game, no matter the gametype, lend to its fun value. As in multiplayer capability, some games require deeper characters than others. But, who says a football game can’t have character development?

Put simply: The more relevant your characters are to your gametype, the more likely your game is to be fun.

To exemplify the first desire, Final Fantasy VII comes to mind. The game is inherently linear in design. You start in Midgar and end in.. well. I don’t want to spoil it. But, players will replay this game years later to enjoy the deep emotional impact they had while traversing the story the first time, not because they may be able to change the plot.

As for the second desire: This is common in competition-based games. I again call upon Team Fortress 2. Even if you played 1,000 games of pl_goldrush, it’s unlikely that you will have the same things happen twice. This sort of unpredictability is key to increasing the game’s replayability factor.

This factor is similar to replayability in that you are replaying a game because it brings back memories of what it was like the first time (or another memorable time when you were playing). There are two ways you can take advantage of nostalgia when developing a game.

If your game is new: Pay homage to similar games that inspired you to create your game. If you are making an adventure game, put some references to Quest for Glory or King’s Quest in there. People will associate your game with games they have enjoyed in the past and by reference will enjoy your game because of it.

If your game is a sequel: Take the best parts of the original game and make them shine. Don’t “improve” them as that invariably changes them. By changing the things that made your original game great, you run the risk of alienating people who are playing your sequel because they loved those things. What you want to do is accentuate those selling points.

Compare stealing equipment and items in Morrowind to Oblivion. Oblivion undoubtedly has a deeper and more realistic stealing mechanism when dealing with items and people in the game. However, there are several key things that were changed that makes stealing a waste of time, thereby ruining something that made Morrowind great. Namely, the fact that you cannot place items somewhere and return to them later unless you buy a specific house and the fact that no one has anything good to steal unless you’re at the highest character level, by which point you are done the game.

Innovation is grouped with novelty since in the gaming world they are the same thing. When Nintendo goes to make the Wii 2, how many people will be excited that they use a remote control with a motion sensor?

However, the first time around this sort of thing can open doors and bring fresh people in. Being able to play games like Doom and Duke3D over local networks in schools and at home was a novelty (though it had of course been done before, it really was the first time I had experienced it myself). Think of when Pong was first introduced. They single-handedly created the arcade industry.

So, what have we learned?

Clearly having a healthy balance of all of these fun factors helps to make a videogame fun. It’s important to not rely on having a large amount in one of the items then neglecting the rest, as that game will be remembered as not being fun but having feature X. The goal is to focus on fun. Fun sells. Fun builds franchises. Fun builds memories.