The world’s fastest web browser, Google Chrome, has recently been released on the Linux platform. This is big news since it will greatly improve the web browsing performance of many of the world’s netbooks.

I’ve been a huge fan of Google Chrome since it appeared in the summer of last year, but haven’t used it heavily simply because of the lack of Linux support. It is installed on my Windows 7 virtualization, however.

Word on the street is that Google Chrome is also available for Macs, so if that’s your platform, take a look!

One thing that I think is important to note that I haven’t seen anyone pick up on is this line on the Official Google Blog post about Chrome being available for Linux and Mac:

“At Google, most engineers use Linux machines …”

One of the best parts of Google Chrome is the theme. It’s simple and attractive. Now you can have that same theme (minus the top-window tab placement) in Firefox 3, thanks to a developer named “falconer”.

Update as of 2018-02-13: Extensions such as these are no longer supported by Firefox as it has moved to the new WebExtensions system. If you’re looking for alternatives to your favourite Firefox extensions take a look at this handy article from Digital.com. 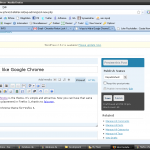 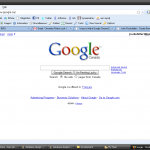