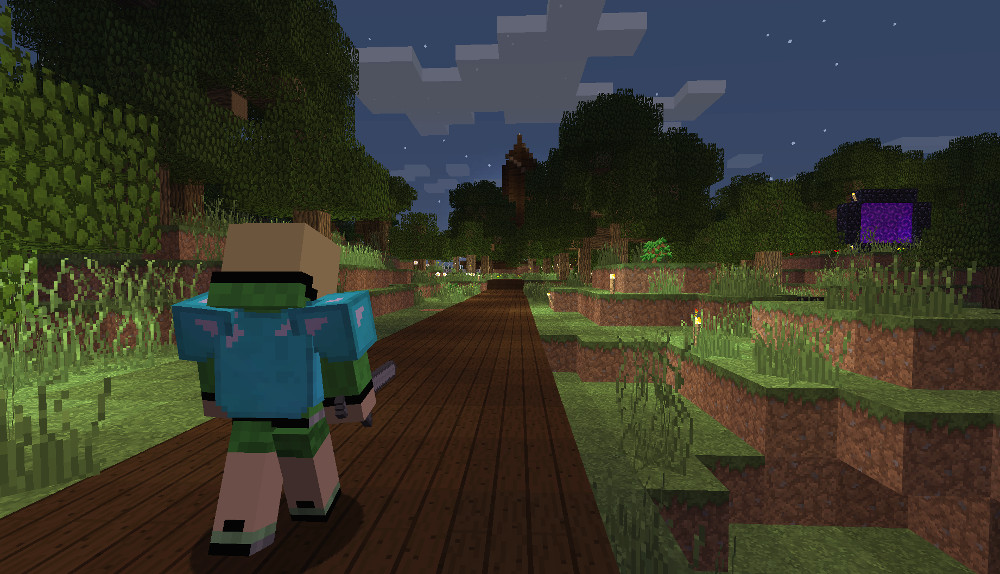 As most of our players have noticed, since Minecraft Release 1.8.x, xWarp has been broken. It’s been a mixed blessing: it’s fun to play true, legit survival, but it’s a pain if you want to visit a friend’s build without giving up the ability to warp back home. Until xWarp is fixed (I may have to do it myself), I’ve taken the time to export the warps from their cage in the SQLite database to JSON format. It’s not the easiest to read, but here’s how you can find the X, Y, and Z co-ordinates of your warps:

It appears that, as much as I want it to be, git is just not the right tool for this job. Instead, I’ve picked up a “100GB” account at Google Drive and will share them there. It’s almost as good and offers the ability to download old revisions as well. I’ve released the world files under the Creative Commons Attribution-NonCommercial 4.0 International License.

Ask and ye shall receive. I’m still going to keep my files on Google Drive because I’ve already invested the time to put them there. But the next time I need to do this kind of thing, I’ll be looking at Put.io. 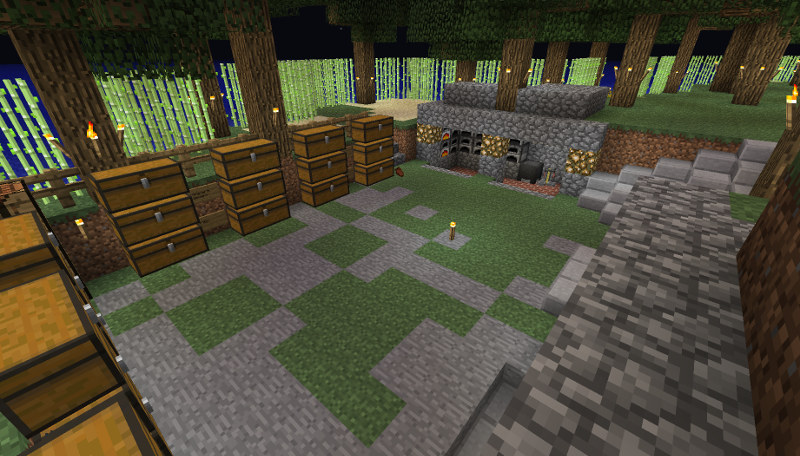 Hellblade Mobs, my Minecraft server, has been in operation since November 2010. For the first 7 months, it was just me and a few friends, white-listed. One world, no hMod, no Bukkit, no plugins.

Since then, thousands of players have come and gone, and the server still maintains a healthy buzz. We’ve got hundreds (if not thousands) of memories invested in these blocks, spread across eight worlds. It would be horrendous (and likely fatal for the server) if something happened and we lost it all.

Being a developer with a very crummy Internet connection (10Mbps down, 1Mbps up), I’ve always been nervous about this situation. The world files are GB in size and downloading them takes forever, not to mention the act of uploading them to a backup service like Dropbox. Every 6 months or so, I get so nervous that I begin the laborious task of FTPing my files down to my external drive and making a copy of them on an old PC in the hopes that I never have to use it. Halfway through the life of the server, we switched hosts to the fabulous Nuclear Fallout service (referral link!) and it took forever to do.

There has to be a better way!

A recent event with griefers has brought to light once again of making the server files public, which is something I’ve always wanted to do. I thought of the logistics: if only there were some service that I could upload new copies of the worlds over time, uploading just the diffs, and the files could be made for public download whether one wanted an old copy of just a tarball of the newest one… Instantly I thought: why can’t I just put the worlds on Github?

Turns out: I can. Git supposedly is not designed to handle repositories GB in size, but it seems the only effect this has is to slow things down a bit. Compared to the previous situation, I’ll take a 15-minute “add” command with no complaints, thank you very much.

If you’re into Minecraft, you’re more than welcome to come play with us! Connect to minecraft.xandorus.com.